Jenik Group is really proud to be part of one of the biggest bridge construction project in North America : the New NY Bridge in New York State.

Jenik Group will be part of the demolishing part for the next two months. Its aerial bucket truck J-62 A has been chosen for that project. The Tappan Zee Bridge not being related to both sides of the Hudson River at the time of Jenik implication, the project was challenging in both coordination and engineering aspects. The aerial bucket truck was first picked up by a construction crane, than put on a ship that brought the truck near the part of the bridge to demolish. Once there, another construction crane had to picked up the truck and put it down onto the bridge. A challenge on which Jenik team succeeded showing once again, its ability to adapt to a wide variety of situations for the needs of its clients. 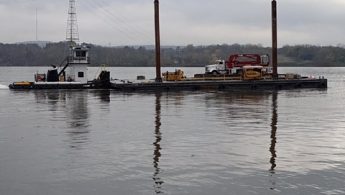 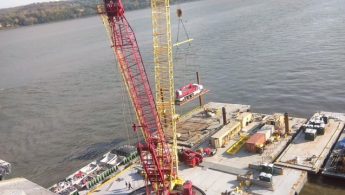 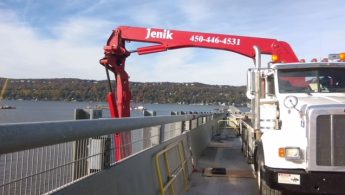 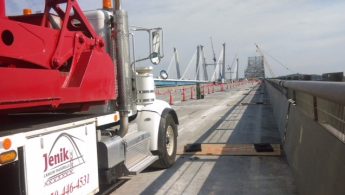 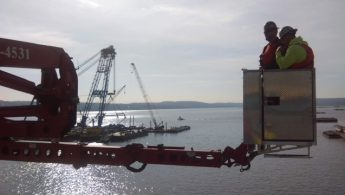 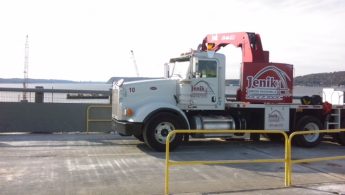 Please feel free to contact us for more information on our products, our services, our production and training processes, or for any other questions or comments.

Do you wish to contact us in a different way?